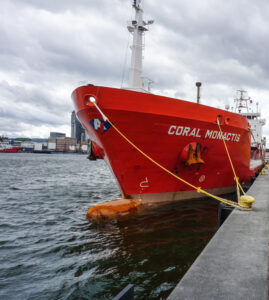 SOur hearts grow when news like this reaches us. Port of Gdynia Authority S.A. published the latest data on reloading at the beginning of August this year. According to the announcement, the reloading in the Port of Gdynia increased by 12.5 per cent in the first seven months of this year compared to the same period last year.

We have a part to play in this. Until July, Alpetrol Sp. z o.o. handled 22 gas tankers with a total cargo weight of over 40 thousand tonnes at its Gas Terminal, and during the last year already over 50 gas tankers. We assure you, however, that this is not all we can afford.